YOU are the key. 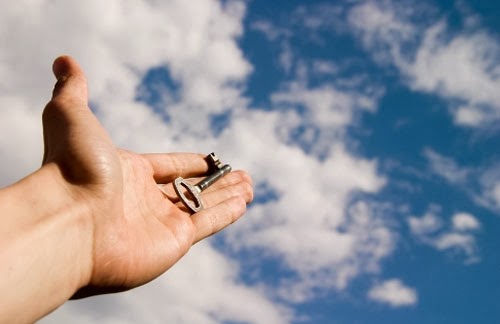 When baby Moses was born, his mother was willing to do whatever it took to keep her child from being murdered.  She kept him quiet until she couldn't, and then she put him in a basket boat and hid him in the river.  He was one of the children of Israel and his mother understood the value of him growing into manhood.  She saw a future for him.  She had plans for him to serve her God.  All was going swimmingly until a princess scooped that baby out of the water and said, "Finders keepers".  Suddenly, a child of Israel became a child of Egyptian royalty.  Are you seeing what happened?  Moses didn't belong to the Egyptians.  That place was not his own.  But, God placed him there.  God intended for him to fully invest himself in Egypt.  In it's customs.  In it's traditions.  In it's beliefs.  Moses became a man in Egypt, but he knew that "his people" were Hebrew slaves under harsh Egyptian rule.  In his passion for his people, he committed murder against an Egyptian and then fled in fear of being caught.  While he was away, the Hebrew slaves were heavily burdened and they cried out to God.  He heard them.  "God looked down on the people of Israel and knew it was time to act."-Exodus 2:25.

Are you catching this?  God's people cried out.  He heard them.  He knew it was time to act.

God. Sent. Moses. Back.  God wasn't finished with Moses.  God had a plan for his future, and it included Egypt.  It included Pharaoh.  It included Moses knowing how to approach a throne.

When you have a vision, a goal, a dream, don't try to force it into your current season.  Allow it to grow.  Prepare for it. Grow yourself into readiness.  If God places you in a place that is not "you", not "your own",  invest yourself fully in that place, because the future may bring you back and you'll need to understand the customs, the traditions, the faith of that place...to bring effective change.

What is your vision, your goal, your dream?  If it became real TODAY would you even be ready for it?  Have you prepared?  Have you studied?  Have you made room in your life for it, by getting rid of things that wouldn't compliment that achievement?

God gives us dreams and visions.  He has incredible desires for us.  He has miracles planned just for you.  But, His word says that "To whom much is given, much is required." (Luke 12:48)  If you are not ready to meet those requirements, God cannot trust you to be faithful with the fulfillment of that dream or vision.  Ask him to show you how to prepare.  Ask him to show you what you are currently holding onto, or storing up, that is actually cluttering your mind, your home, your relationships.  YOU are the key to bringing about change.  YOU are the answer to many of your own prayers.  You just have to be willing to show your faithfulness and commitment to that dream.

Say a prayer.  Take a step.  Be brave.  Do not fear if that vision seems to take you back to a place that didn't fit previously.  Take what you've learned and bring it to that place.  Also, don't be afraid to step into a place you've never been.  If you're preparing yourself, your season will change at just the right time, and you'll be ready.

Today's Prayer:
Father, I repent of holding onto seasons that you've released me from, and I repent of trying to force a season that is meant for my future into my "now".  Help me to put the past behind me, while holding onto the lessons learned and the relationships that I treasure.  Show me how to prepare for the time that will come to me.  Place the right people in my life, who will teach me, who will walk that path with me.  Remove obstacles and temptations and make my path straight.  Grow me in faith and maturity so that my mouth is filled with your words, and your kindness.  Cause me to be an unmistakeable example of you.  Thank you for the dream, the goal, the vision, that I cannot possible achieve without you.   I depend on you.  I know you to be true.  I love you.  Amen.