God has a Stealth Mode 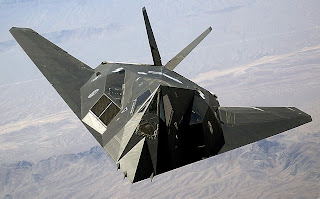 It's day 1 of my 21 day fast.  I had a smoothie full of fruits & veggies for breakfast and after church I came home to a few black bean chips dipped in roasted red pepper hummus, with a mug of hot peppermint tea.  I'm totally fine, and not hungry.  I know it's only day 1, and I may have some struggle days, but today is not that day.  I'm determined.

Daniel 1:8  But Daniel was determined not to defile himself by eating the food and wine given to them by the king.

Daniel took issue with the food and drink rations offered to him because they were unacceptable in God's sight.  He spoke with the chief of staff about getting his menu adjusted.   The chief said, "No can do.  Eat your dirty meat and have a goblet or 2 of wine or I'll lose my head."  (Trust me.  That's what he said...kind of.)  So, Daniel spoke to his personal waiter.  See?  He really was determined.  He went first to the boss and then he brought it to a more personal level.

"Please test us for ten days on a diet of vegetables and water," Daniel said.  -Daniel 1:12

Apparently, the waiter was feeling 10 feet tall and guillotine proof, because he agreed to try out the revised meal plan for 10 days and then to see how Daniel and his 3 besties were feeling.  As it turns out, they were feeling just fine.  In fact, they "looked healthier and better nourished than the young men who had been eating the food assigned by the king".  So, they got to keep their diet of vegetables and water...for the next 3 years.  Lucky them.  Yuck.  (Can you tell I wouldn't have been the best candidate to have lived during these times?  Pass the Krispy Kremes and a cheeseburger, please.)

Let's get back to business here.  These 4 men from the tribe of Judah knew what it meant to serve God.  Daniel, Hananiah, Mishael and Azariah were already strong, healthy, good-looking, smart men of good character.  That's why they had been chosen by the chief of staff.  However, that same chief of staff was not aware of some other things that these 4 guys knew.  They knew that the faithfulness of men was always honored by the faithfulness of God.  They had learned that favor follows genuine sacrifice.  (Read more about that topic here.) So, Daniel was unafraid to ask, twice, for meals that would honor God.

Daniel 1:17  God gave these four young men an unusual aptitude for understanding every aspect of literature and wisdom.  And God gave Daniel the special ability to interpret the meanings of visions and dreams.

These young men, within a 10 day period, were rewarded with even more good looks, and an uncanny deeper understanding about the literature being presented to them, AND greater wisdom.  At the end of 3 years of training, the king met with all of the men who had been selected for his service.  He didn't know that 3 years before, there had a been a period of 10 days of 4 certain men being tested.  10 days, people.  However, those 10 days of testing led to the king finding these 4 men to be 10 times better!  10 times more capable.  That's a pretty good amount of favor for 10 days of eating veggies.  But wait, there's more!!!  Daniel was also given an extra serving of God's favor...in the ability to interpret the meanings of visions and dreams.  Awesome!  Except...he didn't even know he had it.  You don't know that you can interpret dreams or visions until somebody has a dream or vision, right?  I love it when God does something in stealth mode like that.  He goes ahead and empowers us for a time to come.

Daniel didn't know that in just one more chapter,  his very life would depend on that stealth move that God had performed as an act of favoring Daniel for his faithfulness to His commands.

The king had a dream.  And it was big.  And it was scary.  And he needed to know what it meant.  Daniel visited the king, asked for some time, asked his friends to pray, and then went to sleep.  During this sleep, that stealth seed that God had planted in Daniel blossomed into the interpretation that would keep Daniel and his friends alive.

Another reason I believe in this 21 day fast I'm doing is that I'm counting on God to make some stealth moves on my behalf.  It will be amazing for Him to answer the petitions I'm seeking from Him for my current circumstances, and those particular prayers that need a quick answer.  However, what will be even greater is when a time comes in the future, when I'm facing a crazy battle and suddenly look down to see that the exact weapon that I need is already in my hand.  That's what God did for Daniel.  He gave him a weapon before He sent him to battle.  Dig in with me.  Fast something.  Anything.  For any amount of time.  Make a genuine sacrifice.  And then, wait and see what God has prepared you for, and prepared for you.

Today's Prayer:  Dear God, grant me the courage to be in the midst of chaos and to find enough peace to sleep deeply.  Deeply enough to have dreams in which you answer my prayers.  Favor me with weapons that are exactly what I need for the battles that I don't even know I'll be fighting.  Don't let me settle or compromise when I know that your reputation is at stake.  Grant me wisdom and understanding.  Make me 10 times better than my worldly peers, so that they see that it pays to serve God.  Oh, how you love me.  Oh, how I love you.  Amen.

To read more about this story, open your Bible or app to Daniel 1 and 2.