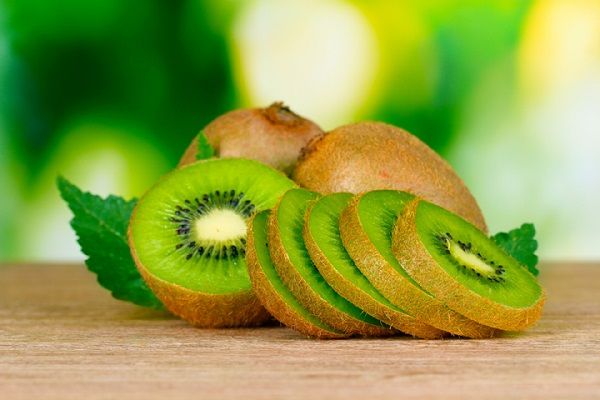 We tried a produce co-op this week.  My homeschool friend told me that several moms go in together and split the cost of lots of fruits and veggies for their families, and she invited me to join in.  My husband is kind of a health nut, and I am more of a "Let's eat Cinnamon Toast Crunch cereal right before bed kind of girl",  so I literally told him to just call her and let her know if he wanted them to pick some up for us too.  He did, so she did, so now we basically have a 90 acre farm's worth of produce in our fridge.  And the other fridge.  And the kitchen island.  And the window.  And the desk.  Basically, everywhere.  I'll admit, I did eat a salad the other day, and I really like all the fresh berries in my vanilla yogurt, so...I guess we will call that a win.

So, this morning, my little boy asked me to peel and cut one of our 97 kiwis for him (ok, so we only actually have 17, but still), so I told him to choose the one from the window that seemed the most ripe to him.  He asked what "ripe" meant, so I said that it would be the softer one.  He said "so it should be squishy?"  We concluded together that none of them are "squishy" and that if it was squishy, it probably wouldn't be good anymore.

I began peeling and cutting the fruit he chose and thinking more deeply into the conversation we had just had.  I've been going through a season, for at least a year now, of what I have been internally calling "The Softening".  I've noticed that I just don't get so worked up anymore over things that I might have had a strong emotional reaction to in the past.  I don't get angry as quickly, I don't feel as impatient, I don't take on so many things that I'm left feeling desperate.  I even felt deeply hurt and angered by a loved one recently and I didn't respond at all, initially.  I chose to keep it silent within me as I prayed about it and asked a friend to pray with me and for me.  It was about a month later that I felt soft enough to bring up the issue and express how it made me feel and also, that all was forgiven.  This way of handling something that ultimately had to be addressed, was so much more beautiful than any fight I could have started and it was received far more graciously and humbly.

That softening is just the first step in my "ripening" process. This morning, as I cut off that thick, furry skin from the kiwi, I thought how much it's like me...like all of us.  We soften slowly, and it starts from deep within.  It starts while we're growing.  It starts while we're still attached to the vine.  I recently heard it said that "The blessing is not the fruit; the blessing is the Vine".  Knowing that Jesus is the Vine to which I'm connected helps me to choose to ripen slowly.  I'm well aware of all the changes going on within me, and I know that if I choose to release and drop off too soon, I'm still going to be the unripened, hard, sour version of myself that is undesirable to those who I was meant to fill.  For me, the softening comes from serving in whatever area I see a need, from quieting myself when I want to be heard, and even from speaking up when I'd rather stay silent.

The willingness to be softened opens doors for God to move.  How certain are you of what is going to happen next in your life?  Where do you know you'll be used?  Is there a big change coming?  Will strong winds blow that may try to force you to release from your Vine before it's time?
HANG IN THERE!!!  There is a plan and a purpose for your life.  Stay put until you know that you're making the necessary decision with a ripened, wise heart and a soft, tender compassion.  When the Vine releases you, you'll know you're ready.

Today's Prayer:  Father God, continue to soften me.  To ripen me.  To hold tightly to me until you see that I'm ready to be dropped into the exact placement that you have for me.  Give me grace to hang on with integrity, and have mercy on me for the times that I have tried to release in a season that I was unprepared for.  Continue to prepare me for the mission you have for me.  Grow me in sweetness and fill me full of your love.  Let every seed that will eventually be given from me fall onto ground that is ready to continue those things that I'll never see grow.  You, Father, are the Master Gardener and I trust You completely to grow me and change me, according to Your will for my life.  Amen. 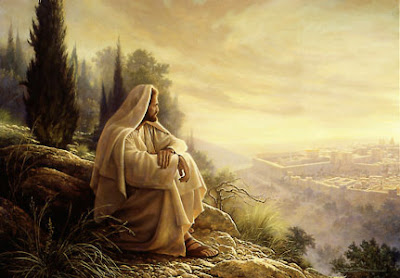 I was relieved yesterday to learn that I am not alone.  My friend texted me to ask why her husband and children make her feel like she is a "nazi wife and mom on travel days".  The backstory on this is that they were beginning their journey to their first trip to Disney World.  I know that particular journey well.  I know how many hours, days and weeks go into all of the "mom-prep" of that trip.  It ain't pretty, folks.  When a mom knows that this kind of journey is coming, she sets her face.  There's the list making, the packing, the meal planning, the packing, the tears, the packing...well, you get it, right?  I know what it's like to barely sleep the night before, and to wake up crazy early the morning of, shoving several pajama-clad children into a pre-packed, gassed up minivan, throwing individual baggies of dry cereal at everyone and feeling ready to hit the road for that 8 hour road trip.  (Well, 8 hours is actually a joke.  It's only 8 hours if you don't stop for bathroom breaks, meals, feeding the baby, stretching your legs, dropping by that really cool shop with the rainbow colored popcorn, etc.)  But let me tell you, when a mama sets her face, it is wise not to interfere.

It's one thing to set your face for a journey like this one, with a really fun destination in mind, and the certainty of a beautiful castle and that giant, grinning mouse at the end.  It's another thing altogether to know that your journey will be filled with unimaginable pain, and a decided death at it's completion.


Luke 9:51 in The Message Bible says "When it came close to the time for his Ascension, he gathered up his courage and steeled himself for the journey to Jerusalem."  The KJV says it this way: "And it came to pass, when the time was come that he should be received up, he stedfastly set his face to go to Jerusalem."

This is a passage of scripture that gives us a peek into the humanity of Jesus.  He knew what was ahead, and that it would decidedly take courage, determination and steeling himself.  He had to set his face toward Jerusalem.  This was not going to be a joyful journey.  This was going to be the hardest he had ever worked, the most opposition he had ever faced, and the most rejected he had ever been.  And he knew it.  When you know what is coming, and that it will take a great deal of strength to get to the end, you set your face.  Please understand that I'm not talking about what it takes to get to the end of your life.  I'm talking about the here and now.  The current struggle.  The today trial.  The thing that has "impossible" written all over it.  There's an actual word for what "set your face" means.

Faith is the thing that settles it all.  It's the surety that everything you're hoping for, dreaming of, believing in...is going to happen.  It's the KNOWING.  When you KNOW, everything else is sidelined.  You can adapt your vision.  Blur everything out that isn't your self-declared ending.  When you know, you SET YOUR FACE.

Wouldn't that have been a great ending to this blog?  Yeah.  Well, it's not.  Because the thing about Jesus setting his face is that he knew he was heading to an ending he didn't desire, yet he continued ministering, healing, teaching, sharing and loving all along the way.  He didn't just set his face on the destination; he also set his face FOR THE JOURNEY.  Jesus LOVED all the way to the cross.  If I had ever even gathered the courage to walk that journey to my own cross, you better believe I would have been blubbering and begging God to change His mind and walking crawling as slowly as I could possibly go.  I can't imagine that I would have been stopping to love on people and heal them and teach sermons and raise others up along my path.  But that's what He asks of us.  He asks that we trust Him enough to invite Him on our journeys.  The daily ones.  The big ones.  The small ones.  The really, really ugly ones.  The ones where only He can see the ending, but He still asks us to trust Him.  Those are the hardest.

Friend, set your face.  The thing you're going through has an end.  If you're allowing Jesus to walk it with you, the end is a good one.  With Him, the ending of this particular journey you are on offers redemption and peace.

Today's prayer:  Father God, King Jesus, Holy Spirit, I invite you on this journey.  Travel with me every moment and every step of the way.  Order my steps.  Help me as I set my face and progress toward your desired end for this situation I am journeying through.  Give me courage.  Keep my heart pure.  Keep my mind focused on you.  Keep my words true.  Cause me to honor you with my choices and to be a light WHILE I'm on this path.  May others know your truth by watching the way that I walk with you.  I love you, Lord.  Amen.