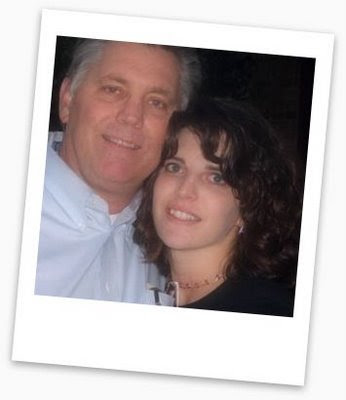 He can tell some stories that you just won’t believe…and sometimes, you shouldn’t believe them.

He can stare the paint off a fence, and talk the bark off a tree.

He can whip up a Red Velvet Cake or a pot of Cheese Corn faster then you can say, “Yum”.

He can write Cowboy Poetry in the wee hours of the morning.

He can read Greek and Hebrew.

He likes his tea and coffee “Tough Guy” style.

His favorite song is “Jesus Loves Me”.

His voice is just a little deeper and softer when he prays, like talking to a dear, old friend.

His Mama was a saint.

His Granny was unstoppable.

His dogs are his favorite children.

His children are his secret pride and joy.

He’d rather not exist, than live a life he can’t share with others.

He bites the sides of his thumbnails when he’s thinking hard about things.

His big brother will always be his hero.


I’ve always been fascinated with my Daddy.
He often tells the story of being in college, and working, and coming home late at night to the tiny apartment that he and Mom shared. I was still a babe in a crib, with the little crib bumper that ran around the inside of it. He’d be up in the wee hours studying for those college exams, and he’d glance over to the crib (where I should have been sleeping), to find me slowly raising the bumper pad enough to peek at him from beneath it. When I’d see that he’d seen me, I’d quickly jerk it back down, instigating many a match of peek-a-boo.
Lesson Learned: Work hard, but smile while you’re doing it.

When I was 6 or 7 years old, I remember seeing him walk down the short hallway of our home, pulling a folded red bandana out of his back jeans pocket, and wiping tears from his eyes when he learned that his Uncle Jim had died.
Lesson Learned: Big boys do cry (and so do cowboys)...and it’s ok.

I remember being at his house one summer and riding along with him while he went to cut grass for a client of his. The homeowners weren’t home that day, and had left Daddy’s paycheck under the front porch mat. When we arrived at the job, I asked him if he wanted me to go ahead and get the check, while he started on the lawn. He firmly told me, “Don’t touch that check until all the work is done.”
Lesson Learned: Honesty and Integrity will take you farther than anything.

Whether it’s just a day, or even a week or two between phone conversations, we stay close and we stay in touch. For two people who love to talk as much as we do, I often think he’s said just as much to me, without words. My Daddy is a dear friend to me, and I’m proud to call him mine…My “Daddy America”.

I think the pen ink was flowing. Awesome post and I love how you express your yourself with words.