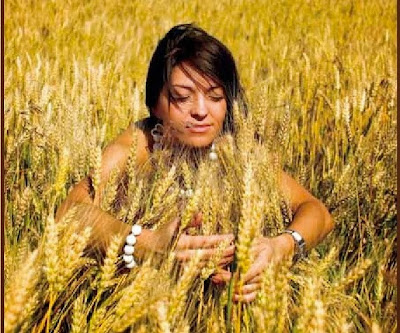 God’s favor follows genuine sacrifice. The kind of sacrifice where you’re willing to give up something precious...something that you’ve counted on for a very long time. Something that you feel very certain you will never get back, at least not in any way as well as you’d had it before. Suppose the ice cream truck came and went and you saw that your kid had their cone in hand and was ready to take the first bite. But then, your kid noticed that a new kid beside them had just run out of their house and was too late. If your kid handed over that much-desired and freshly acquired ice cream cone to the new kid, without even being aware that you saw it all happen, what would you be willing to do for your kid? I personally would load my kid up into my Jeep, drive fast to her favorite Haagen Dazs shop at the mall and buy her whatever scoop she wanted. Then, we’d probably head over to the Disney store and leave with a new toy too. I would favor my child because I recognize that she made what was, for her, a genuine sacrifice. So goes the Bible story of Ruth. Let’s hit the high notes with a focus on genuine sacrifices and the favor that followed. First, Naomi was willing to sacrifice Ruth, in order to see that Ruth had a hopeful future. Ruth genuinely sacrificed any hopes of a future husband and children when she literally begged to stay with Naomi. God caused Boaz to notice Ruth in the fields and ordered his workers to sacrifice some grain in handfuls for her. Boaz did not have first choice on owning the land and taking Ruth for a wife, so he had to offer a genuine sacrifice, approaching the more closely related relative and offer him first choice. Boaz did this honorably, in the presence of the town elders, at the gate of the town. When the man declined the offer, Boaz bought the land, and married Ruth, honoring the family she was widowed from. We can see that in each instance, God’s favor caused the sacrifice to seem completely insignificant, as his blessings overtook His faithful children. Their sacrifices required releasing hopes and dreams, giving away property, adhering to a high standard of integrity and not reveling in self-pity. These things can all be viewed as a genuine sacrifice because no one would willingly do it. We know we have a God who loves us, but how many of us will trust Him to the extent of releasing the most precious treasures in our lives? He was willing to make the most unimaginable, genuine sacrifice when He offered Jesus’ very life. God always manages to “one-up” us on things...you see. His most extreme and genuine sacrificial offering was also His most extreme offering of favor.

Email ThisBlogThis!Share to TwitterShare to FacebookShare to Pinterest
Labels: Faith